Universal Pacific Council (UPC) aims to realize an ideal world
as a think network with a global vision,
where people coexist with the natural ecosystem of Earth.

International organizations, including the United Nations, have had serious discussions and attempts to solve various problems spreading in the world, such as environmental destruction, food and population problems. However, the situation has already come to a deadlock only with political remedies to make forms, which means that our modern civilization has reached the critical point.

We can say that these global-scale problems are originally man-made disasters caused by self-centered humankind who has been apart from the nature and has evolved in an egotistical manner. Therefore, we think that the most important task for humankind to revive the hurt Earth and coexist together is to discuss and practice focusing on the true nature of humanity, which leads to solution of those global-scale problems.

In addition, solar activities are observed as abnormal in recent years, which greatly affect the natural ecosystem of the Earth. Natural disasters, such as massive earthquakes, abnormal weather and catastrophic floods, are occurring in various places bringing unprecedented damage, and the Earth is now coming into more difficult times than ever.

That is to say that the Earth has come into the period of radical reconstruction. Natural environment is in a critical situation, and the social system of humankind, including economy, are rushing into collapse with increasing speed.

In these difficult times, we, UPC, are going to create a new future of Earth in a different dimension with you all, citizens of the Earth, who are awake to the Earth consciousness.

Specifically, we put a base on the innate theme of human, that is, “Recovery of Humanity by Harmonizing with Nature and Returning to Nature”, for all kinds of policy, and we build sustainable circular society, where we coexist with the natural ecosystem of Earth, with “WATER”, the origin of life, as a theme.

We, UPC, are going to set up projects in various places in the world to create new utopias from the East-Asian and the Pacific-Rim regions to regain interaction of people, exchange of goods and cultures, and abundance of life of all living things on Earth that should be in nature, transcending differences of race, religion and country. We aim to establish the “Earth Federation” as one nation of Earth, toward the realization of great harmony of the universe and Earth’s human, and permanent peace in the world.

We, humankind, should renew our gratitude and recognition that we are given lives and nurtured by Mother Earth to coexist. Let’s produce the Earth-Creation movement together in Asia and the world, towards the realization of peaceful and hopeful future by gathering the power as citizens of Earth.

Recovery of Humanity by Harmonizing with Nature and Returning to Nature

Problems with no solution spreading on Earth and large-scale disasters that frequently occur are warnings to humankind who have continued self-centered evolution and development, and it implies that it is important and imperative for us, humankind, to get back the bonds with Mother Earth to revive it again.

The Earth is our mother who continued giving her own life to us, humankind, for our growth and evolution in its everlasting history, and it is the motherhood to love her children with selfless love. It is important for us, humankind, to go back to the starting point that we are a part of the same life, who are accepting a favor of Father Sun and are given life and nurtured by the motherhood of Earth.

Touching the breath of great nature will make you touch the spirit of Mother Earth that you have never felt before. Touching that love, we can realize that all living things are shining lives in the great circulation, and we, humankind, are also precious lives with unlimited potentialities who live in the same way, and we can create a prosperous future filled with inspiration, happiness and feelings of gratitude, and open a new way of coexistence and co-prosperity with Earth.

“Recovery of Humanity by Harmonizing with Nature and Returning to Nature” means that we should open our humble and straight heart in front of great nature and behave with responsibility to the future for everyone to get an abundant and peaceful life with our gratitude to Earth and affection to all other lives.

Our series of plans, starting from “Project Seatopia” promoted on the sea as a stage of new Earth civilization, then creation of the “East Asian Union” and to the “Earth Federation”, can be said as a way for humankind to recover humanity, going back to the starting point, or the sea of Mother Earth again, as humankind was born originally from the sea.

Earth Creation Starting from the Water 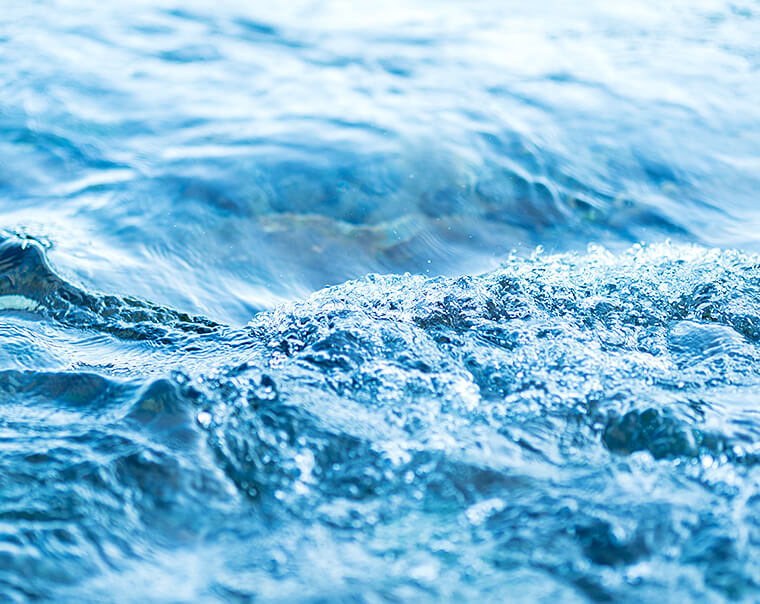 Water is the origin of life, which has potential characteristics to be a key to open a new Earth Civilization. To create an ideal world where we coexist with the natural ecosystem of Earth, it is important to establish new technology and technique of water and to develop it as a key industry of the future.

Water has high potentialities to solve problems fundamentally, such as energy, information, communication and environmental problems.

Among them is that water has a characteristic to burn with high temperature and generate circulating clean energy which can be an alternative source for conventional fossil fuels.

Also, water has a function as a memory element of information.

Resetting information stored in water will lead to recovery of natural healing power and returning to nature, so we can revive the Earth with seawater. Also, water will be able to be applied to all kinds of fields, such as medical related science and new agricultural technology, as it can adjust the distortion of living organisms, including human beings, that are basically composed of water,

Latent powers of water have unlimited potentialities. Fundamental technology of the future civilization will be produced with the keyword “Water”, and we can say that water is a great gift given for hopeful future of humankind and Earth, as we, humankind, live on Earth, the water planet.